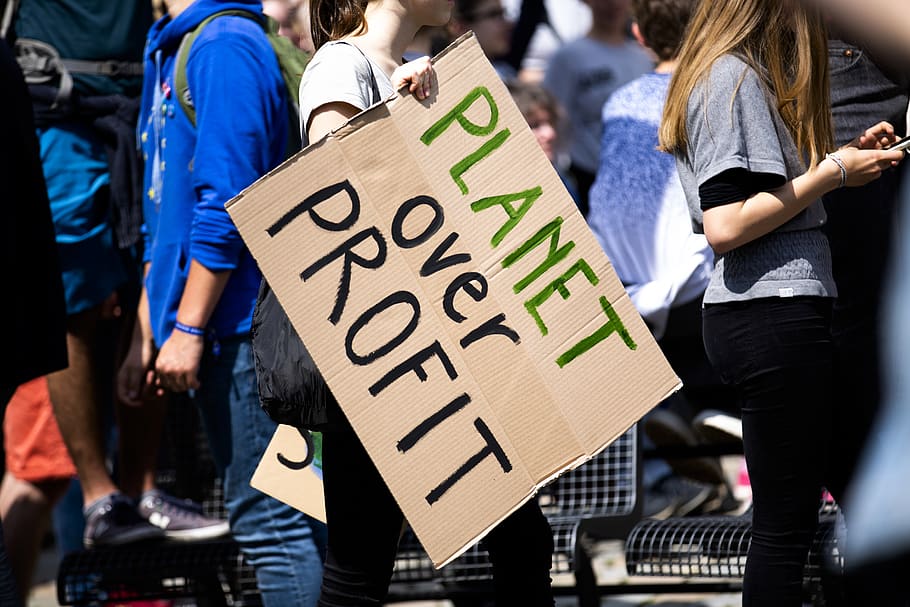 Fast fashion is growing, and, well–fast. Many successful fast fashion brands thrive off of swiftly passing trends and promote their items using popular influencers. Who doesn’t want to look like those perfectly curated Instagram photos, right? Well, those cheap tops and jeans come at a cost–a big one. The fast fashion industry contributes to climate change, unethical working conditions, textile waste, and so much more.

While it might not be apparent, the workers making those trendy clothes that we see all over social media are struggling. Approximately 85% of garment workers who comprise the labor force of the fast fashion industry are not paid a living wage. Instead, they are paid what is called a piece rate of roughly 2-3 cents per piece of clothing that they make. Garment worker’s lack of living wages, on top of the 60-70 hour work weeks that they are putting in, help us put into perspective the importance of educating ourselves on the issue that is fast fashion.

We need to stop supporting these detrimental fast fashion clothing stores if we want to see real change in the fashion industry. In order to help you out, I’ve created a list of 10 fast fashion brands to stay away from in the future.

Almost 7 million people use Shein as of 2019. We can only imagine that number had grown with the rise of e-commerce during the pandemic. On top of that, the US website promotes a sort of “fashion influencer program” to further grow Shein’s already enormous instagram account (23.1 million followers).

“#SHEINgals rule the world, and you can too! We are looking for fierce fashionistas to rock their top SHEIN finds across social media! #SHEINgals can try our new styles in exchange for showing off their favorite looks on Instagram and YouTube,” they state. It’s no wonder Shein comprises approximately one third (28 percent) of the fast fashion industry.

On fashionchecker.org Shein received one out of five stars for lack of transparency in–well, everything. 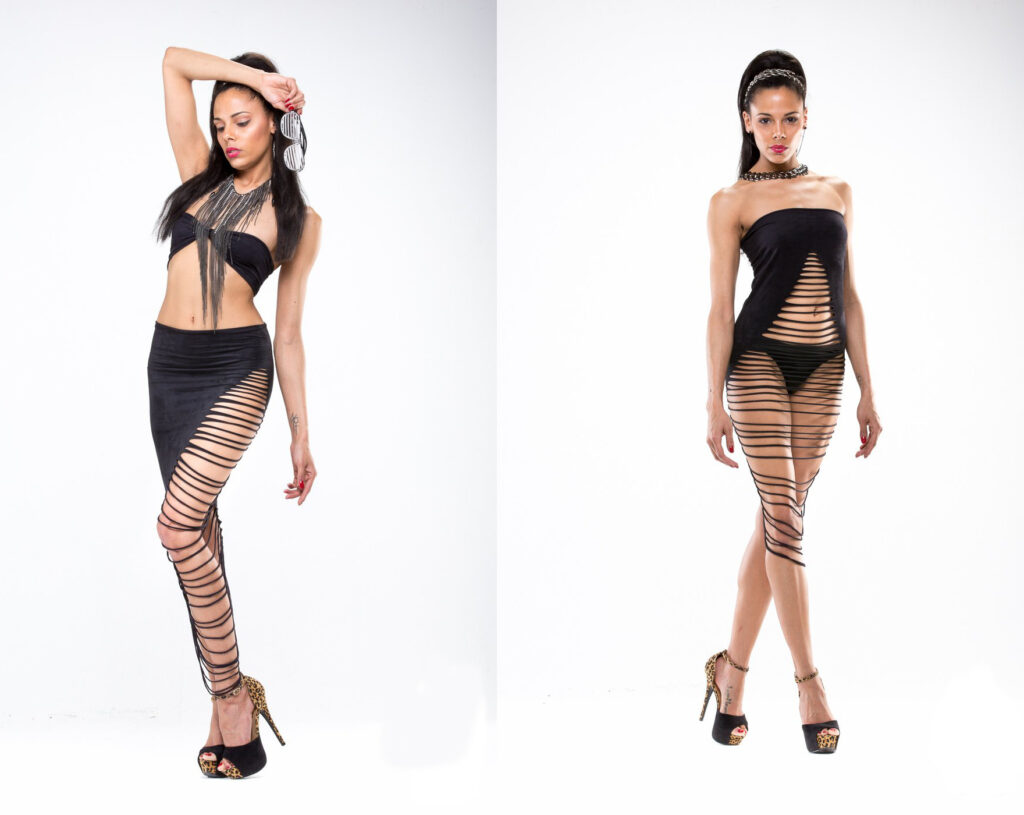 In 2019 it was discovered that, “workers making fashion nova clothing are wildly underpaid,” receiving a next to nothing amount of  $2.77 an hour. Fashion Nova also offers little to no insight into its supply chain and environmental practices.

For a variety of reasons, Good On You, a business that rates brands based on their environmental and social performance, recommends avoiding this fast fashion company. According to their website, none of Fashion Nova’s supply chain is labor-standards certified, there is no information on the firm’s supplier rules as well as whether the company pays its employees enough to survive on.

If fashion is what you’re after, there are plenty of better options around. 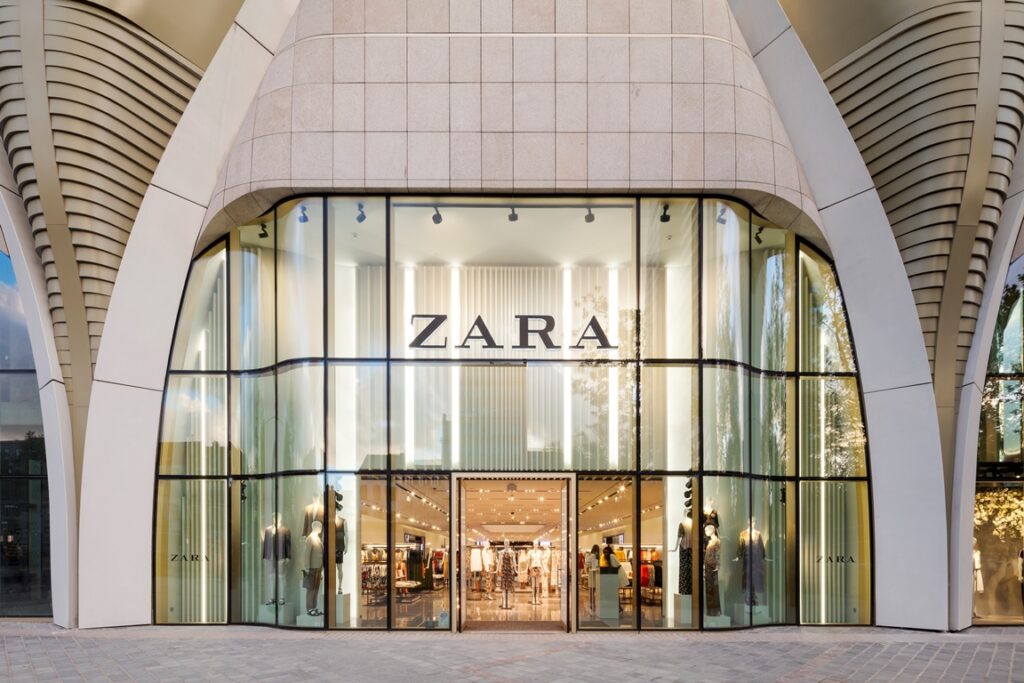 Zara, a brand praised for its chic approach to styling emerging trends, has managed to emerge on this list due to supply chain negligence. In 2017, Zara was under fire when its shoppers began to find mysterious notes in the pockets of their clothing items. The notes read, “I made this item that you are going to buy, but I didn’t get paid for it.” The tags also mentioned that the workers were hired by Bravo, a manufacturer that also produces clothing for Next and Mango.

Iditex, the company that owns Zara, had mentioned setting up a fund to cover unpaid wages, but a petition signed by 19,000 people reveals the brand only agreed to pay garment workers half of what they were owed.

No runway-esque design at a cheap price is worth ruining lives over. 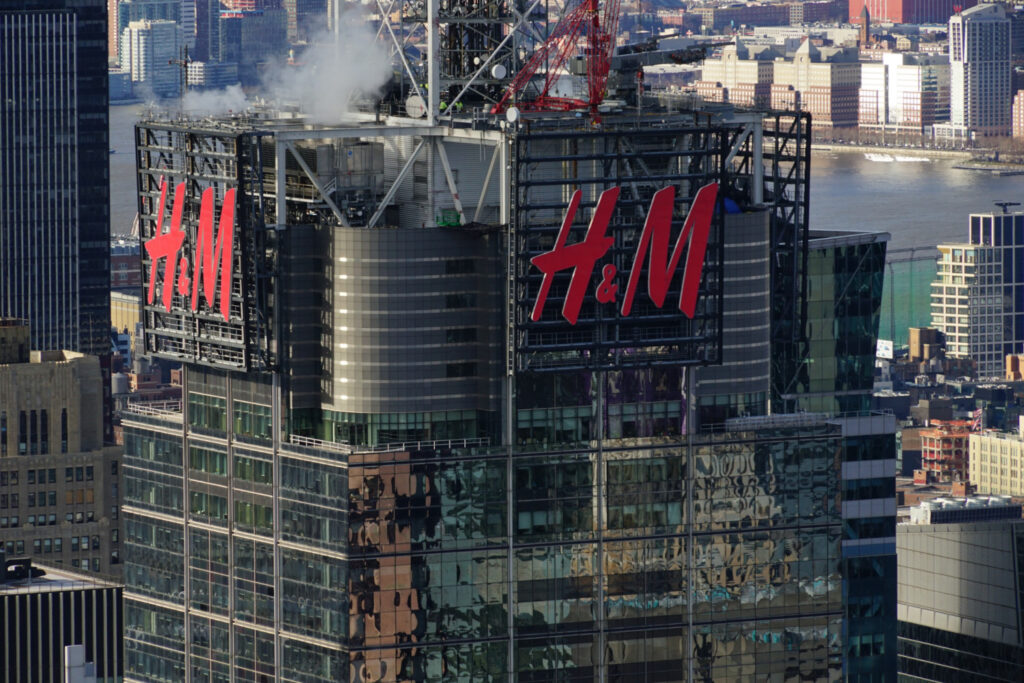 H&M is the second largest retailer in the world, only a few steps behind Inditex (parent company of Zara). While the company seems to have made slow progress in its claims for sustainability, the fact that it operates under a fast fashion business model makes the brand’s commitment all but questionable.

In terms of labor rights, H&M isn’t doing too hot either. In an attempt to rectify their wrongs, H&M  promised to pay workers fair wages by 2018, something they have utterly failed to do. Furthermore, H&M suppliers were mentioned in 2018 by the Global Labour Justice detailing accounts of daily abuse to female workers.

Needless to say, there is still a lot of work that needs to be done for H&M to even come close to calling themselves sustainable. 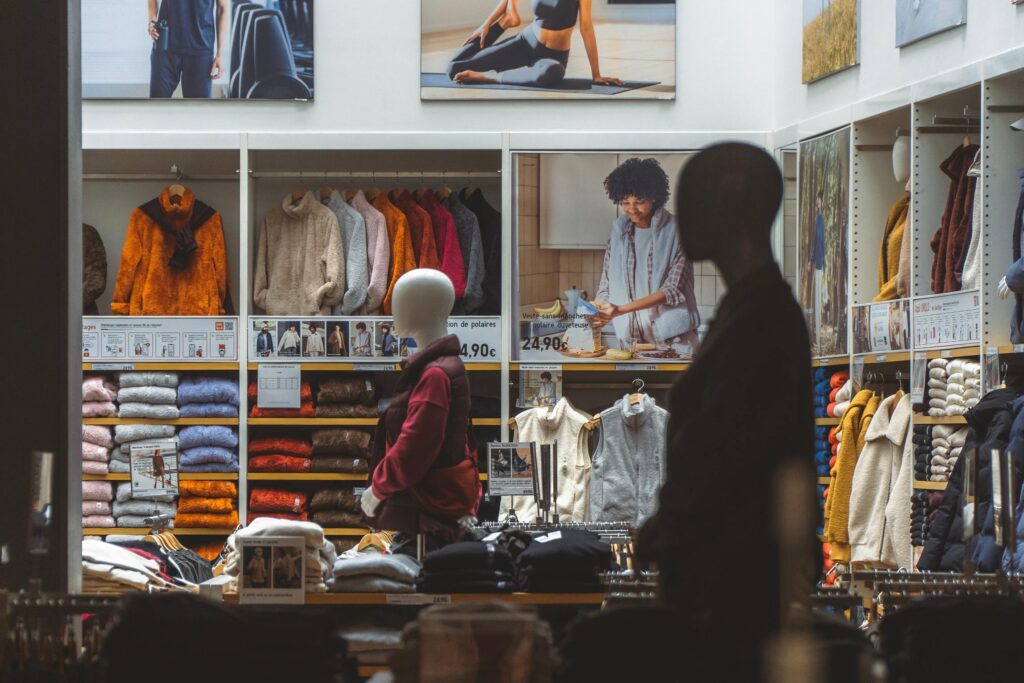 UNIQLO is known for providing casual basics at a low price point. Like Zara and H&M, UNIQLO functions under a fast fashion business model meaning that they churn out clothing based on coming and going trends. Let’s be real, any company doing this cannot be called sustainable. Manufacturing cheap clothing—and lots of it—contributes to LOTS of clothing waste. The average American throws away approximately 82 pounds of clothing each year. Of that, 85 percent will end up either in landfills or burned.

UNIQLO scored 31-40 percent on the fashion transparency index, which is most likely attributed to its lack of information on suppliers. In 2020, UNIQLO was caught in an ongoing case for worker’s rights. Tadashi Yanai, the CEO of Fast Retailing, is Japan’s richest man. His net worth is approximated to be a whopping $33.4 billion, but yet 2,000 Indonesian garment workers who helped him get there are now living in poverty. Clearly, UNIQLO is not putting people over profit. 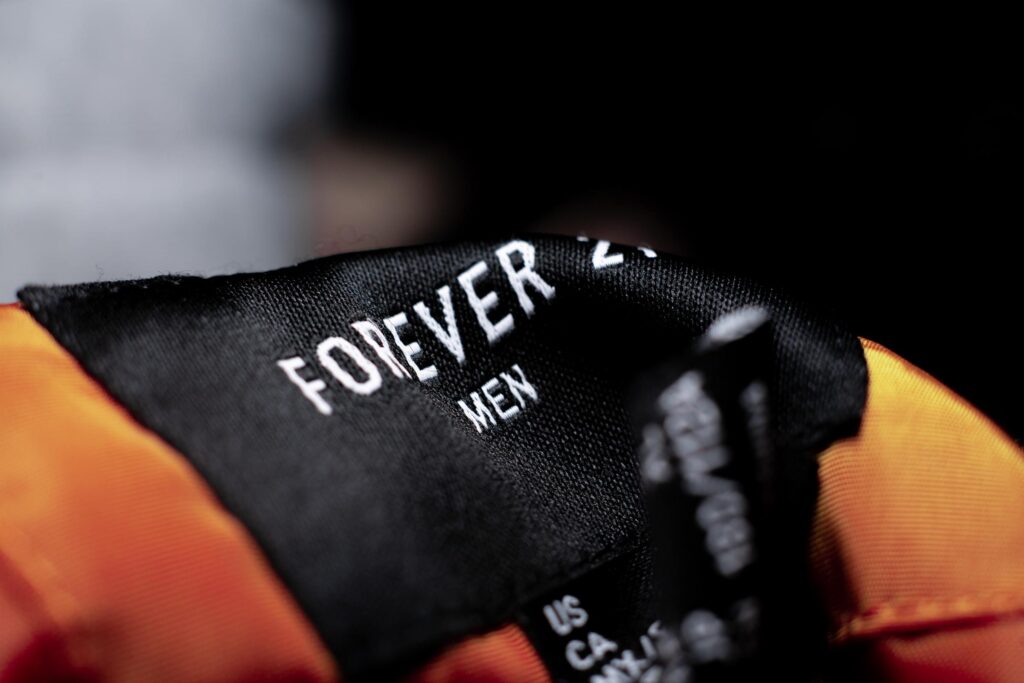 What’s the secret to Forever 21’s claim to fame? They’re fast. Forever 21 operates around the same fast fashion business model as the previous brands, which creates a culture of FOMO (fear of missing out). Either you buy it now or it might be gone–forever. But with such cheap prices, people are less hesitant to spend, which fuels the fast fashion fire.

Cheap prices come at a cost, though. The Department of Labor has sued and pursued Forever 21 for labor breaches in the United States and abroad, particularly in Los Angeles. The fast fashion retailer has also been sued by garment workers who revealed the company’s unethical labor practices.

Good news, though. A small victory in the fight to end fast fashion occurred in 2019 when Forever 21 filed for bankruptcy. Albeit small (considering how many fast fashion retailers are still alive and booming), it is a potential indicator that the fast fashion model might slowly be fizzling out. 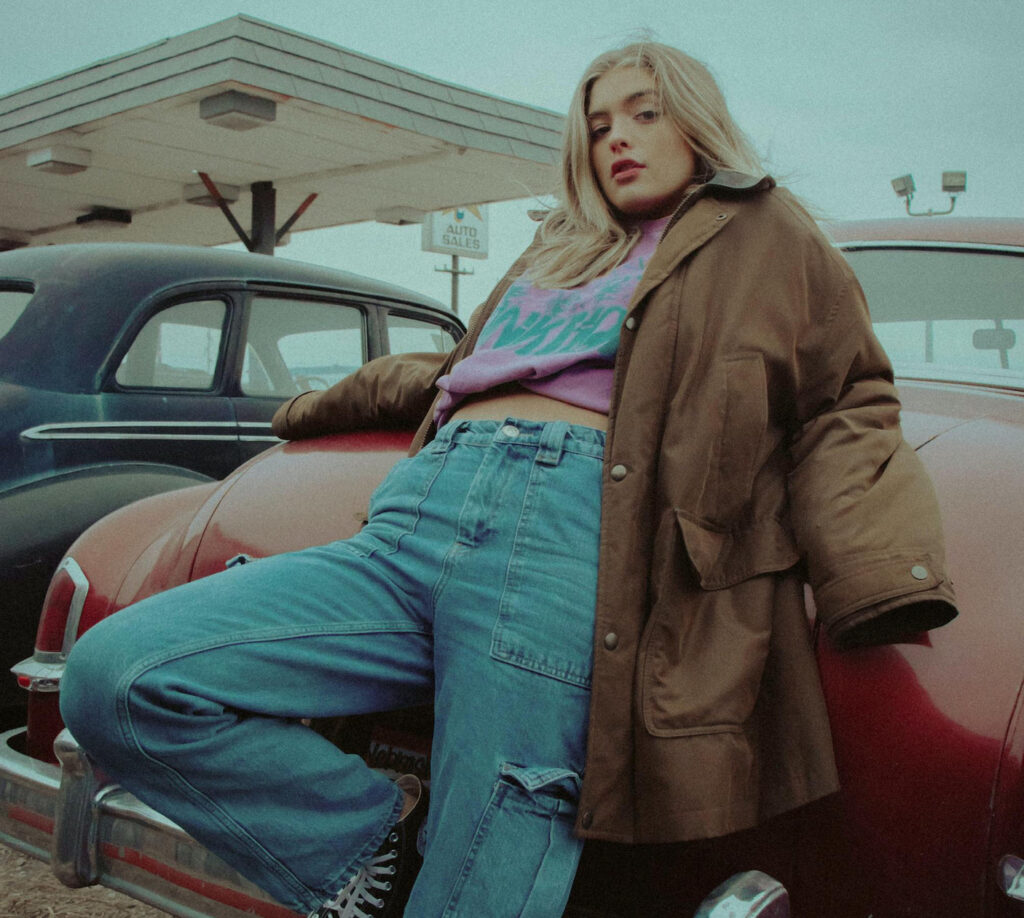 Originating in the US, Urban Outfitters is somewhere along the lines of hipster chic and…upscale homeless? According to founder Richard Hayes, “The Urban [Outfitters] customer, we always talk about, is the upscale homeless person, who has a slight degree of angst and is probably in the life stage of 18 to 26,” said billionaire Hayne on a call with analysts. As if that wasn’t enough, he added: “The Urban customer is really dressing to attract a mate.”

If that statement from the Urban Outfitters founder wasn’t enough for you to shop elsewhere, hopefully their labor laws, or lack thereof, will help change your mind. Nowhere does Urban Outfitters divulge information regarding its supply chain. Yeah, I tried looking EVERYWHERE and found next to nothing from them. What I did find, though, was their name on a list of brands that refused to pay their garment workers. A petition suitably named #PayUp was created in order to instigate a response from Urban Outfitters, among others, to #PayUp the money owed to their garment workers. To this day, they have yet to take action to remedy this issue. 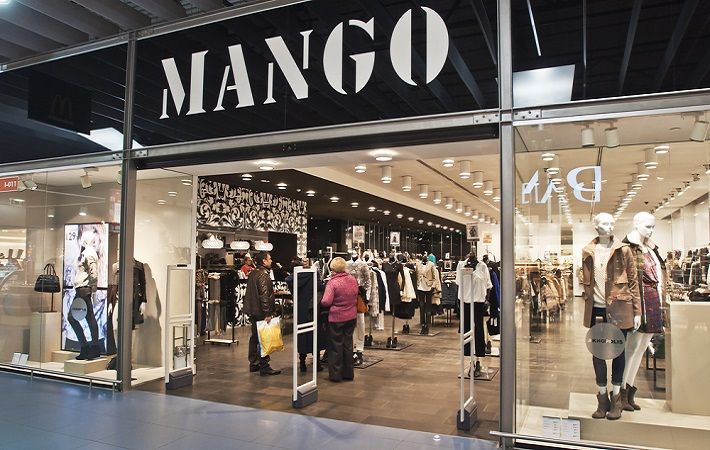 Perhaps the largest competitor to Inditex-owned Zara, it’s no surprise Mango found its way on this list. While Mango has begun to use some more sustainable fabrics such as organic cotton, there is no other evidence that suggests a plan to reduce their environmental impact. Considering that Mango has 13 million followers on Instagram, it’s a shame that they are not promoting more sustainable fashion to their young audience.

Not only is Mango’s commitment to better environmental practices lacking, their labor practices also fall extremely short. When the Rana Plaza factory collapsed in April 2013, it killed at least 1,127 people. Mango was one of the retailers whose clothing was being manufactured at Rana Plaza. The COVID-19 pandemic has since made things much worse for garment workers. “Before the pandemic, I bought fruit for my child regularly. But after losing my job, I cannot buy even fish or meat. Egg is a luxurious food for us now,” said a Bangladeshi worker who formerly produced apparel for Mango and Primark.

It’s clear to see that Mango needs to step it up in bettering both their environmental practices and worker’s rights. Come on Mango, you can do better. 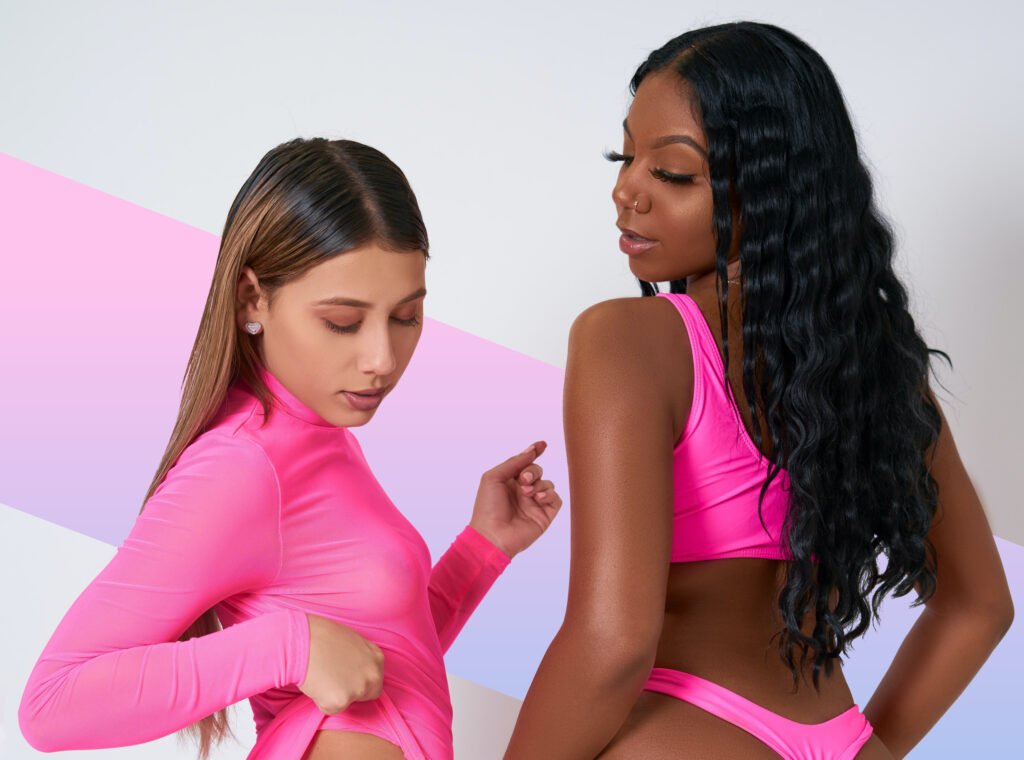 Boohoo-owned fashion retailer PrettyLittleThing has amassed almost 18 million followers on Instagram. In 2017 alone it was the fastest growing fast fashion brand, its website recognition rising 663 percent in only two years! But, sadly, all that glitters is not gold (it’s probably microplastics from their cheap clothing in our oceans).

Right off the bat, PrettyLittleThing uses earth-damaging polyester to manufacture the majority of its clothing. Much of the polyester in the textile industry is not made from recycled materials. This means that when you decide that it’s no longer all the rage, it will end up in landfills or in oceans, taking perhaps hundreds of years to biodegrade.

On top of that, much like it’s fellow fast fashion offenders Fashion Nova and Boohoo, it rates at 0-10% on the Fashion Transparency Index. No surprise there considering that there is little to no information on labor conditions, gender equality, or freedom of association.

Yeah, I’d just completely avoid them. You can look much more pretty in something sustainable.

While there is no doubt that I full-on support women-owned brands, Savage X Fenty is just not one I’d choose to give my hard-earned cash to. First, let’s start off with the good.

“Savage X Fenty has disrupted the lingerie industry and redefined sexy. With accessible price points and an extensive assortment of fashion-forward styles, the brand celebrates fearlessness, confidence and inclusivity. From everyday staples to provocative pieces, Savage X Fenty has something for every mood, every vibe and every BODY,” reads the about us section on their website. What’s not to love? They’re inclusive, imaginative, and just plain badass! Well, their lack of information on sourcing and supply chain perhaps?

Despite the brand’s inclusive image and statement-making multimedia events, Savage X Fenty’s merchandise can very well be considered fast fashion. Take a look at their best selling items and you’ll find that most are made out of a polyester nylon blend. In short, they’re made of a mix of plastics (that aren’t recycled). While these fabrics make clothing inexpensive, they are among the worst materials for the environment. For starters, nylon production creates a byproduct known as nitrous oxide, a greenhouse gas 300 times more potent than carbon dioxide! On the other hand, polyester is derived from petroleum, and we know that the oil manufacturing industry is one of the worst polluters of all.

So, while Savage X Fenty is doing right by including people of all shapes and sizes, it gets a pass for not doing right by the environment (sorry, Rihanna). 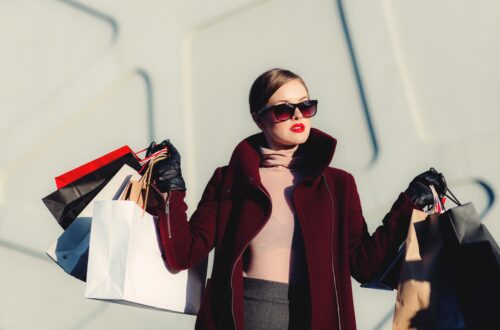 Are You Addicted to Fast Fashion? This is Why. 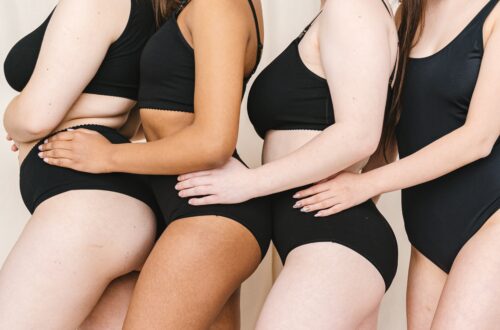 SKIMS. The Good, the Bad and the Ugly.

Thank you for your support!

Buy Me a Coffee